Darmstadt is a city in the state of Hesse in Germany, located in the southern part of the Rhine-Main-Area. Darmstadt holds the official title "City of Science" as it is a major centre of scientific institutions, universities, and high-technology companies. Darmstadt was formerly the capital of a sovereign country, the Grand Duchy of Hesse and its successor, the People's State of Hesse, a federal state of Germany. As the capital of an increasingly prosperous duchy, the city gained international prominence and remains one of the wealthiest cities in Europe. In the 20th century, industry, as well as large science and electronics sectors became increasingly important, and are still a major part of the city's economy..

On Thursday 19 April, we will invite you to share a gala dinner in the Orangerie (Bessunger Str. 44, 64285 Darmstadt). This small castle, designed by the architecte Louis Remy de la Fosse, has been built from 1719 to 1721. It served as a winter shelter for Sardinian or Sicilian orange trees of the surrounding park. The symmetrical baroque complex consists of three -tiered garden, fountains and wide tree-lined avenues . The northern end is the sandstone gate of the former Palais market. The Bessungen orangery building is now used for concerts and meetings, also has a restaurant. 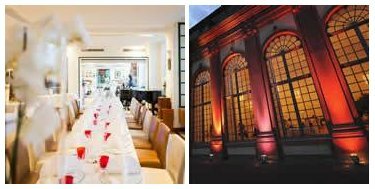 The conference and exhibition will take place in the Darmstadium, in Darmstadt (Germany). 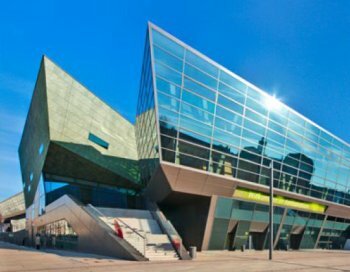 There are several ways to get to the conference venue: many useful information are available following this link.

The 4 following hotels have booked several rooms with special rates for the Fan 2018 participants.
A promotional code is required (see the OFFICIAL LIST).

Location of these 4 hotels on a map.